EATING IN SILENCE ON THE GREAT WALL

I have grown past the age when adrenaline based adventures appeal to me.  Now I yearn for soaking in the history and culture of a location. The Great Wall, with it’s 2,000 year history calls to me. Finding a remote location, and climbing to a very high point, where the peaks can be seen for miles, is on my bucket list. I foresee my writing partner, Keyauni, and I, unpacking a locally prepared lunch, eating in silence on a high point of the Great Wall, as we contemplate the lives impacted by building such an amazing structure.

Roxanna Keyes blogs at Gypsy With a Day Job

Growing up as someone who found history incredibly fascinating, when I started to learn about Israel, I was enraptured. Three of the world’s largest religions originating in such a small country along with several cultures, beautiful cities, and so much history left me dumbfounded. Israel, in my opinion, is the most intriguing country to visit. Therefore, I had to include it on my bucket list. Floating on the Dead Sea and feeling the mud squish between my toes and touching the ancient Western Wall that has existed for centuries is at the top of my list. There is nothing quite as awe inspiring as feeling a significant part of history and reflecting on how it has shaped the world.

Stretching a total of 135 km, Hadrian’s Wall is the largest surviving Roman monument in the British Isles. Reaching from the east to west coast of rural England, Hadrian’s Wall offers beautiful scenery for hikers who can take up to 11 days to walk from one end to the other. Hiking Hadrian’s Wall was only put on my radar recently, after reading a post by one of my favorite travel bloggers. As someone who lives an active lifestyle and is always willing to take risks while traveling, I was excited to learn that adventure travel exists even in places you might not expect!

A SELF-DRIVE SAFARI FROM CAPE TOWN TO NAIROBI

Namibia’s otherworldly sand dunes, Botswana’s stunning Okavango Delta, Zimbabwe’s iconic Victoria Falls… We want to see it all, and under our own steam! Ever since we camped with a couple who were driving themselves around East Africa with a tent mounted on top of their Land Rover, we’ve been daydreaming about taking this trip. Our week-long practice run in Kenya last year taught us a valuable lesson: Splurge for the best vehicle we can rent or risk breaking down in the middle of the bush where we are definitely not at the top of the food chain!

My once in a lifetime activity is to ride the Trans Siberian Express across Asia. The traditional route is from Moscow to the Sea of Japan stopping at the fabled locations of Yekaterinburg, Lake Baikal, Mongolia’s capital Ulaan Bataar and on to Vladivostok in the far east of Asia. I would take a tablet full of new books and strive to taste some totally unfamiliar food at every stop. That would be my epic bucket list adventure.

One of my top bucket list Item is to bungee jump from Africa’s highest bridge, the Bloukrans Bridge in South Africa.
Boukrans Bridge Bungee is the world’s highest commercial bridge bungee at 216 meters (709 feet) above the Bloukrans River operated by Face Adrenaline since 1997. It is located on the N2 Highway about 70km from Knysna towards Port Elizabeth at the border between Eastern Cape and Western Cape in the Tsitsikamma area.

I was actually there for the jump but because of bad weather couldn’t do it. The day I went there the gorge was completely covered in fog with zero visibility and the bridge was almost invisible. So my bucket list still remains unticked. But I’ll return one day for sure to tick it off.

MOKORO RIDE IN THE OKAVANGI DELTA

Something that should be on everyone’s travel bucket list is a mokoro ride in the Okavango Delta. A mokoro is a traditional canoe dugout and is a main form of transportation to get around the Delta by the people of Botswana. The Okavango Delta is an incredible sight to see, often seen on Nat Geo or Planet Earth. This is one of the only places on earth you can get up close to amazing African wildlife without the disturbances of car or boat motors.

An African safari is amazing, but a safari in one of the most beautiful and unique places on earth would be an unforgettable experience to have.

TRADITION AND PHILOSOPHY OF YOGA

Being a yoga teacher myself, studying yoga in India is on the absolute top of my travel bucket list. Practicing yoga in its motherland, living in an ashram, and learning directly from the source of more than five thousand years of tradition and philosophy is a powerful life-changing experience every yogi dreams of.

Photo by Ashes Sitoula on Unsplash

The ultimate activity that I would love to do would be a road trip around Italy. I’d learn about ancient history in Rome, then head to Florence to polish my knowledge of art, then get inspired in Verona by the original Romeo and Juliet. In between the stops in the major cities I’d linger along the cobblestoned streets of tiny villages like Civita di Bagnoregio and Orvieto. Add lots of pasta and gelato and it’s a travel dream come true!

Since I first learned about it in primary school I have always been fascinated by Ancient Egypt. Pharaohs, mummification, the Great Pyramid of Giza, the Nile; it’s all such a wondrous mystery. It’s the kind of place that needs to be felt in order to even come close to understanding its deep and complex history.  I can’t wait until the day that I can experience it!

At the top of my bucket list is cage diving in Australia or Mexico with Great White sharks.

I love scuba diving and I’ve seen plenty of sharks but never a Great White. I would love to see them up close, but in the safety of a cage!

I know it can be expensive but this is one of those items that are worth splurging on.

Every since I was a little girl my dream has been to swim in the crystal waters of Tahiti and to live in one of the bungalows on the water.

Jennifer Kanikula blogs at The So Full Traveler.

Delving into the subterranean depths of Son Doong Cave in Vietnam – a.k.a. the biggest cave in the world – is my #1 ultimate bucket list activity. It involves descending an 80-metre wall using harnesses and ropes before plunging into a cave environment so isolated it has its own rainforest, river and even misty clouds. Though the cave is enormous enough to fit a jumbo jet in its largest cavern, it was only discovered in 1991!

My ultimate activity would be to go to all the places in the world where I can view the Northern Lights. I think it would be awesome to witness & to document from each place!

WHITEWATER RAFTING IN THE ZAMBEZI RIVER

As an adventure lover, I always try to experience the most intrepid activities in every country I visit. Now that I’m planning a great trip through Africa, whitewater rafting in the Zambezi River is on my bucket list.

The Zambezi divides Zimbabwe and Zambia, so you can access the river and find good rafting companies on both sides. The starting point and most visited place is Victoria Falls, which looks amazing, and is also on my bucket list.

Whitewater rafting enthusiasts consider the Zambezi one of the top 10 paddling rivers on the planet and the “wildest one-day whitewater run in the world.” It’s estimated that more than 50,000 people a year defy nature and enter this river, whose rapids reach level 5 (extremely difficult). It must be an unforgettable experience. I can’t wait to try it myself! 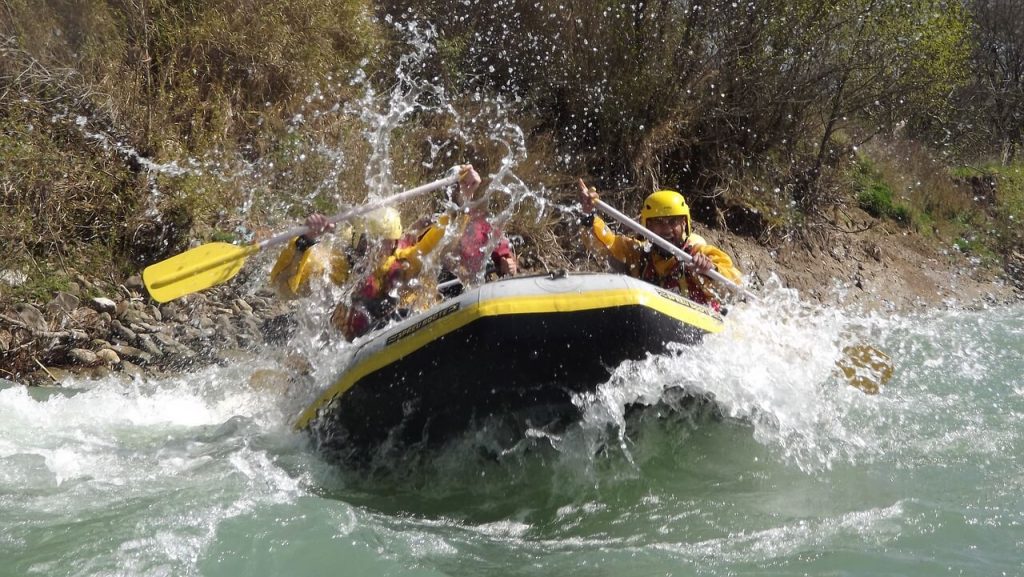 Rafting on the Zambezi River

SNORKLING IN THE GREAT BARRIER REEF

To snorkel the reef on the coast of Australia before it dies is my ultimate travel activity. Experiencing the beauty and life of the Great Barrier Reef would be a dream come true. Unfortunately this is an experience that will not be around for too much longer, the magnificent reef is dying. I would love to be a part of the lively sea of Australia’s coastline, swimming in the huge ocean, seeing the beauty and listening to the waves.

What is YOUR epic bucket list adventure? Share in the comments section. Sharing your goal is the first step to achieving it.

We'd love to connect with you on any of the following social media platforms.