A three day Yangtze River cruise in China was the result of many years dreaming, imagining, saving and planning. 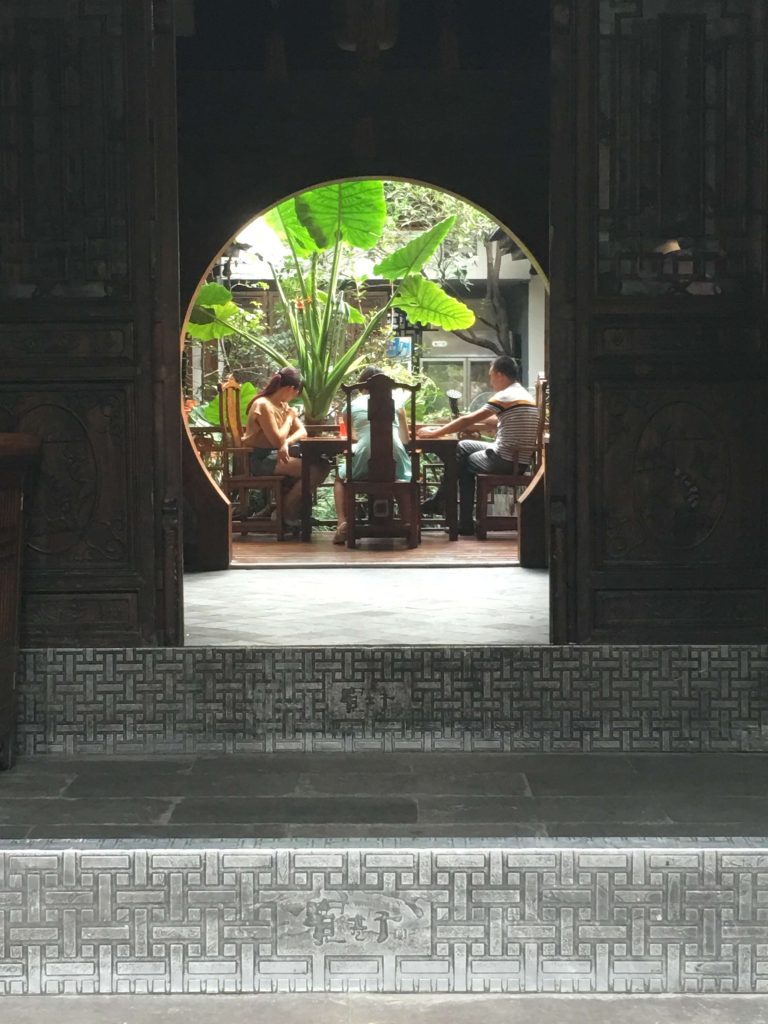 A site on the Yangtze River sailing

I love China.  The more I see of it the more I appreciate its natural beauty, rich culture, and dynamism.  After working there on and off for about eight years, I’ve seen a lot of this fascinating country but one trip had long eluded me; sailing on the Yangtze River.  I finally got around to it and scheduled a three day Yangtze River cruise in China on Victoria Cruises.

The Start of the Three-Day Yangtze River Cruise, China

There are two directions you can choose to enjoy a three day Yangtze River cruise in China. You can board the ship at Yichang and sail upriver to Chongqing, the largest concentration of humanity on earth with a population of about 30 million.  Another option is to board at Chongqing and sail down the Yangtze to Yichang. We opted to board at Yichang and sail upriver in order to visit additional cities from Chongqing. There were only a handful of Westerners on our ship, the Victoria, out of about 350 passengers, most of which were Chinese.

If you like traditional, delicious Chinese food, you are in for a treat with the ship’s ample buffet selection. Breakfast, lunch and dinner consisted of varied, beautifully presented assortment of meat, poultry and vegetable dishes.

The shore excursions were packed with interesting Chinese cultural heritage sites and villages.  The other big draw is the Three Gorges scenery on the Yangtze River and the marvel of engineering that is the Three Gorges Dam.  Sprinkled throughout these stops are lots of typical vendors selling trinkets available anywhere else but you can also find antiques if you know how to identify them.

The Three Gorges Dam on the Yangtze River, China

When I was a kid I went to the China Pavilion at Epcot Center. They showed a film on one of those 360-degree screens that take up the whole circular theatre. It was about an ancient Chinese poet that soared high above the Yangtze River and spoke about these beautiful mountain ranges he called the Three Gorges. That totally electrified my imagination. I had to go there.

Many years later I learned about the Three Gorges Dam project. The dam was constructed to stop flooding and generate electricity in the area of the Three Gorges on the Yangtze River. It is the world’s largest dam at 687 feet high and almost one and a half miles wide.

Although parts of the dam have been operational since 2005, construction was completed in 2015 at a cost of over 23 billion dollars.  The dam is frequently referred to as the most impressive structure in China since the  Great Wall. The natural beauty around the Three Gorges remains as spectacular as I remember in that film at Epcot Center.

The Three Gorges Dam on Yangtze River is the world’s largest hydropower project, producing about 84.6 billion kilowatt-hours of energy annually. Click To Tweet

Riverside shrine.
Yangtze River has traditionally been considered a dividing line between north China and south China. Click To Tweet

Halfway through the three day Yangtze River cruise in China, we docked at the Three Gorges dam to go through the locks. The entire process takes eight hours, and the ship goes through about four locks rising ever higher in the river. It’s fascinating to feel the ship sail into one of the locks then watch the water rise until it reaches the next level and the massive steel doors open up to yet another lock.  All the while you’re thinking, how did they DO that?  Actually one of the stops is the Three Gorges Dam Museum that explains the amazing project in detail.

Apparently, Westerners are a rare sight in these parts because our shipmates kept asking to take pictures with us.

After landing in Chongqing and saying goodbye to our three day Yangtze River cruise in China, we boarded the high-speed train to Chengdu, the only big city in China I had not visited yet. I have taken many high-speed trains in China before but this one was the most recent generation and traveled up to 350 kilometers an hour.  This is the fastest I’ve ever traveled on land. 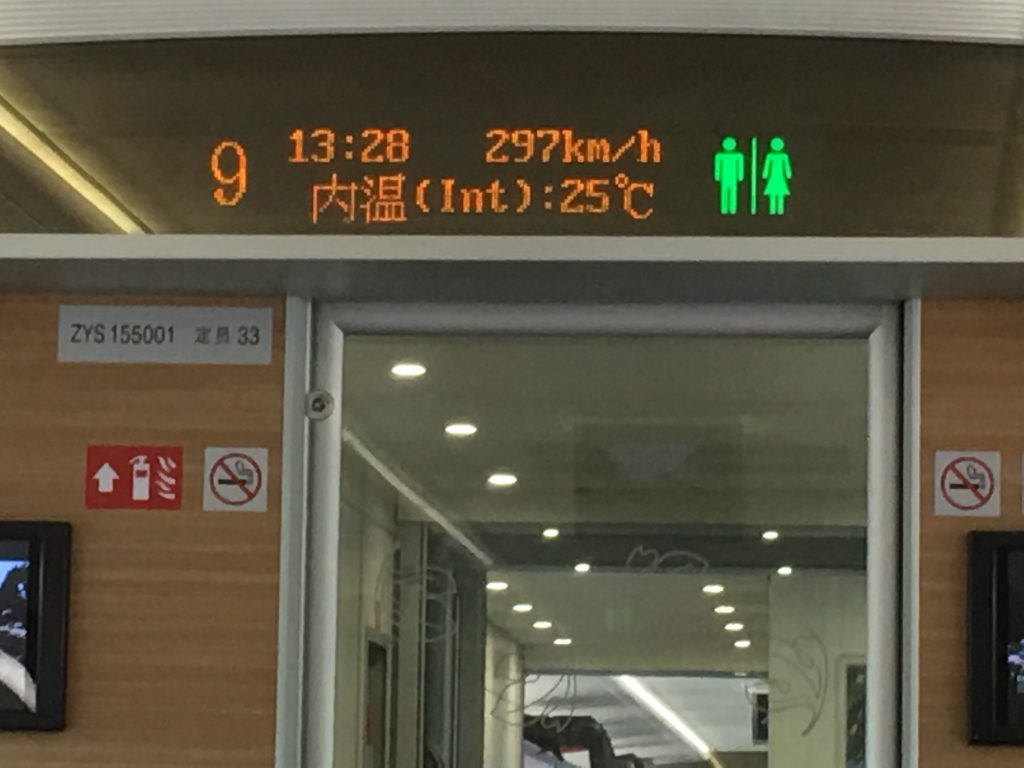 The fastest I’ve ever traveled on land

The beautiful Chinese city of Chengdu, home to the famous Giant Panda Research Center, is one of the most populous cities with almost 15 million inhabitants.

The city is one of the most important financial and economic centers in China with a diverse economy and a rich heritage.

Everyone has tried Sichuan cuisine. As the capital of Sichuan province, this is where that fabulously spicy food comes from. The cuisine is so popular worldwide that in 2011, Chengdu was recognized by UNESCO as a gastronomy city.

As in most of China, the Chengdu subway system is efficient and easy to maneuver.  Using it we were able to hit the high points in the limited time we had. There is plenty to see and do in Chengdu, 397 things to do, in fact, per Trip Advisor. But there are two sights you cannot miss: The Chengdu Museum with outstanding works of art and Wide and Narrow Street, with its recreated- and not at all tacky- ancient Chinese architecture, terrific restaurants, and unique shops.

Enhance and see the detail on these ivory works of art

Chengdu is home of the spicy Sichuan cuisine so food is a religion here.

A River Cruise up (or down) the Yangtze is the perfect way to experience inner China.

What interesting places have you cruised to? Let us know in the comments. 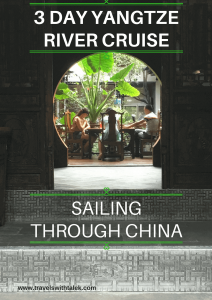 This blog was created to inspire your travels and to explore experiences in fascinating locations. What you will find are thoughts on how to immerse yourself in local culture, food, history and people. On your way to these adventures I hope to provide you with useful information to help you get there. Come see the world with me!

END_OF_DOCUMENT_TOKEN_TO_BE_REPLACED

Check out this frightening story of white river rafting on the Zambizi River!

We'd love to connect with you on any of the following social media platforms.